Tony Stentiford – a larger than life character – is Callington’s Town Crier.  The former Lions President stepped into the shoes left by the late Dennis Cook, who held the role for 14 years. Tony is very enthusiastic about the task.

A salesman by day Tony, will don the robes and hat to attend all Civic occasions and be an ambassador for the Town.  He said: ‘I am looking forward to it. I have always been loud and like dressing up so I think I was probably made for the job. My children have grown up so now I have a bit more time.’

Tony said he was all for tradition but he may well vary his outfits a little: ‘I didn’t realise, but a Town Crier has several different outfits. There is also some scope for adding a bit of individuality so I may try a top hat and feathers or Ray Bans sometimes. I think it is going to be good fun.’ There are only 141 Town Criers in the UK at present. In medieval England Town Criers were the chief means of news and communication with the townspeople since many were illiterate in a period before moveable type was invented. 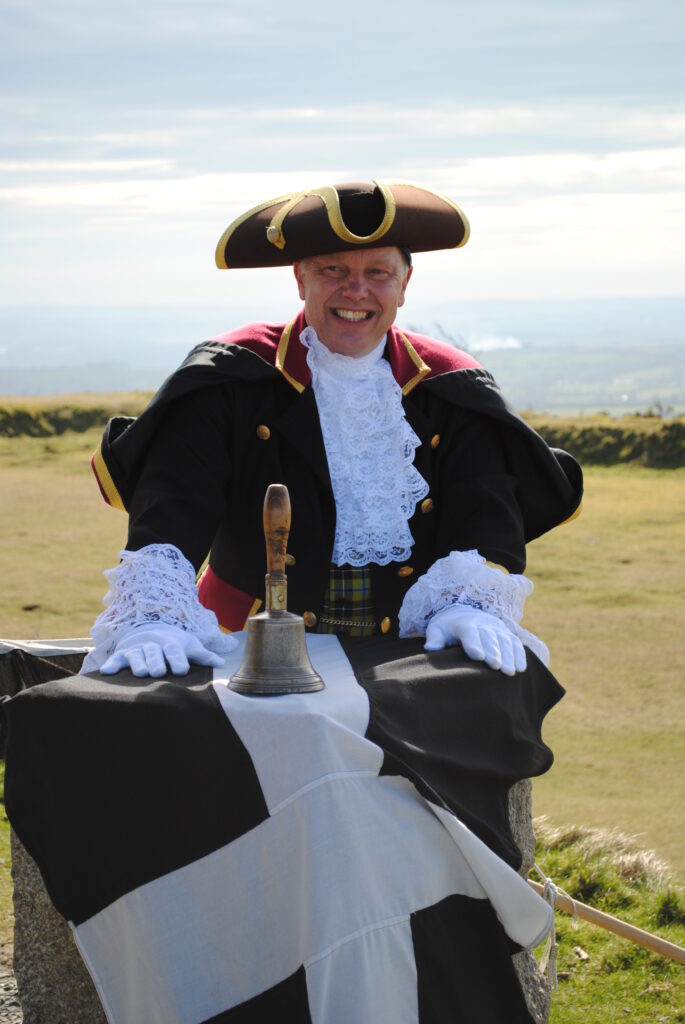 Royal proclamations, local bylaws, market days, advertisements, even selling loaves and sugar were all proclaimed by a Bellman or Crier throughout the centuries. Many local councils in England and Wales reinstated the post of Town Crier from the mid-1990s onwards purely for ceremonial purposes and many are honorary appointments like that in Callington. ‘A Town Crier is part of Callington’s heritage and I did not want to see that go’, added Tony.

‘Dennis started a Town Crier’s competition here in Callington on Honey Fair day. We get town Criers from all over the South West and it really adds to the atmosphere of the day.

Callington Town Clerk, Helen Dowdall said: ‘Tony is well known and has a unique character that is very fitting for a Town Crier. He sees Callington as a great community and wants to give something back. We are delighted that he has agreed to take on the role.’

Manage Cookie Consent
We use technologies like cookies to optimise out site and provide you with the best browsing experience. Not consenting or withdrawing consent, may adversely affect certain features and functions.
Manage options Manage services Manage vendors Read more about these purposes
View preferences
{title} {title} {title}