‘As the Cornish Mining Conference takes place in Falmouth this week, demand for secure supplies of  metals and minerals in an increasingly volatile world presents a huge opportunity for Cornwall and Devon’s re-emergence as a global mining powerhouse.

With almost every aspect of our lives ever-more dependent on technology, our society has become reliant on a relatively small number of critical minerals on which the technology relies.

From lithium for batteries; tungsten for a host of industrial uses and applications from mobile phones to jet engines; tin for electronics; and rare earth elements for electric cars and wind turbines; our world is increasingly cut, shaped, powered by and made using critical minerals. According to the Government, in 2040 the world will need four times as many critical minerals for clean energy technologies as it does today.

The fact that the majority of these minerals are mined in far flung and often volatile places across the world, and that China is the dominant global player, causes increasing concern for the UK, US and EU.

But part of the answer at least lies right under our feet in the geology of Cornwall and Devon, where despite centuries of extensive mining there remains globally significant sources of valuable and much-needed minerals.

Following on from the Net Zero Strategy and aims for a green industrial revolution, earlier this year the Government launched the UK’s first ever Critical Minerals Strategy, which sets out a plan to secure the supply chains for the ingredients vital to UK jobs, industry and our way of life.

The government launched the strategy with a rallying call to boost home-grown exploration and production and for the UK to ‘rebuild our skills in mining and minerals’.

Many of these elements simply don’t occur in Europe and the USA but Cornwall is unique in the UK in being home to projects targeting significant deposits of three minerals on that list – tungsten, tin and lithium – and Devon to for tungsten and tin.

Enter into this context the growing number of projects at various stages of development, investigation and fundraising across the two counties, and which are seeing increased interest and support from investors and Government.

The focus on batteries and electric vehicles has driven prospecting for lithium, with Cornish Lithium exploring lithium extraction from geothermal waters across Cornwall and recently securing Government funding for a demonstration plant at its Trelavour hard rock lithium project,British Lithium has received £3.5 million in Government grants towards its project to extract lithium from the mica in granite in mid-Cornwall.

In terms of tin, South Crofty near Camborne, which last closed in 1998, is moving forward after securing investment for dewatering former workings and further exploration under owners Cornish Metals. And relative newcomer Cornish Tin is advancing its Great Wheal Vor scheme having secured mineral rights across a group of 26 former producing tin and copper mines in Cornwall’s Breage area.

Cornwall Resources Limited, the company I work for, is bringing forward the Redmoor project. The project is based in Kelly Bray, an area which saw extensive historic mining from Roman times to the mid-1940s. More recent exploration took place in the 1980s and following on from this Strategic Minerals PLC, our parent company became involved in 2016. To date we have drilled more than 14,000m of core samples, which , has led to the definition of a globally significant tin, tungsten, and copper resource. On a contained metal basis, the Redmoor Mineral Resource now ranks as one of the highest-grade undeveloped tungsten-tin underground mining projects in the world. While seeking support to advance the project through feasibility studies, we have also secured planning consent for a further drilling campaign targeting new tin prospects in the Redmoor West area.

The Redmoor Project has the potential to create up to 200 direct jobs and significantly more in the local supply chain. This historically important mining area in East Cornwall is much in need of new industry to aid in levelling up opportunities and the local and national economy.

As fans of Poldark will be only too aware, mining is a tough business. In Devon, Tungsten West is working to restart the Hemerdon tungsten-tin deposit, , after the previous operators Wolf Minerals went into receivership.

What has changed, however, is the way in which mining can be carried out responsibly, meeting modern day demands which quite rightly insist on sustainable production, high environmental standards and the health, safety and wellbeing of workforce and the communities we operate in.

It enables mining to fit within and make possible aspirations for sustainable economic growth adopted locally by Cornwall Council and Devon County Council and at a national level as the  Government seeks  to; “….bolster our energy security and domestic industrial resilience – in light of Russia’s illegal invasion of Ukraine – and as we move away from volatile, expensive fossil fuels.”

Allied with the world class expertise on our doorstep at Exeter University’s Camborne School of Mines, and with the right Government support where appropriate and necessary, we in the South West have the natural resources, the skills, heritage and motivation to create a globally significant cluster of mines and expertise, high value employment and a secure source of vital raw materials for the UK and world economy.’ 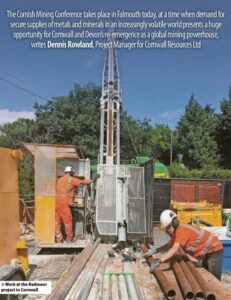 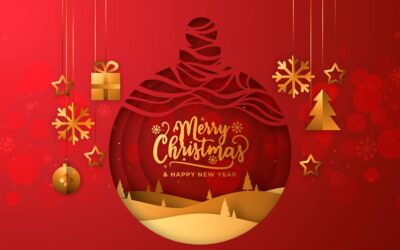 A date for your diaries this coming Saturday... Why not come along and enjoy the festive atmosphere! Bring your children to meet with Santa in his grotto, take a stroll around all of the fabulous stalls, maybe even purchase some unique gifts for your loved ones. With... 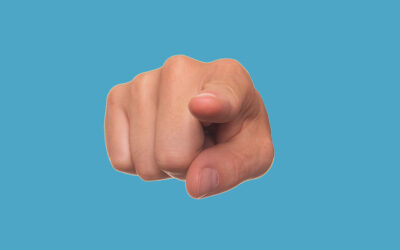 With reference to the public notice published on 31st October 2022, in respect of a casual vacancies on this Town Council, Cornwall Council has confirmed that no requests were received asking that an election be held. NOTICE IS HEREBY GIVEN that pursuant of Rule 8 of... 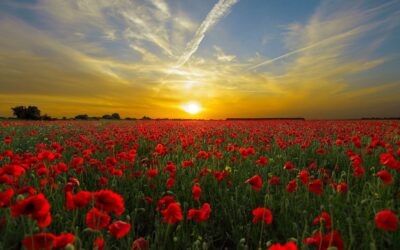 Callington's Remembrance Service will take place at St Mary's Church on Sunday 13th November at 3pm. All are welcome. Those wishing to participate are requested to gather in the Town Hall, New Road from 2pm. The procession will move off at approximately 2.30pm for...

Manage Cookie Consent
We use technologies like cookies to optimise out site and provide you with the best browsing experience. Not consenting or withdrawing consent, may adversely affect certain features and functions.
Manage options Manage services Manage vendors Read more about these purposes
View preferences
{title} {title} {title}